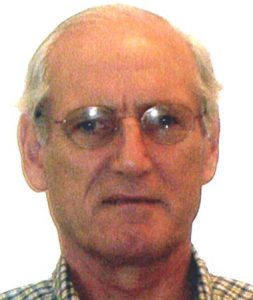 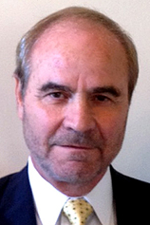 Giuseppe was born and raised in Italy and lived in Germany for four years before immigrating to the US at 16. He has a MS degree in Biochemistry. He served in a major Swiss pharmaceutical company to retirement 35 years later.  Starting as a Medical Sales Representative, he held several functions including:  Marketing Manager OTC products, Strategic Business Unit Manager, Director of Managed Care and Long Term Care Divisions, Director of Operation for their Generic products subsidiary.  He conducted strategic marketing seminars to foreign member companies in Italy, Switzerland, South Africa and Mexico.  His retirement career is as a professional sculptor. 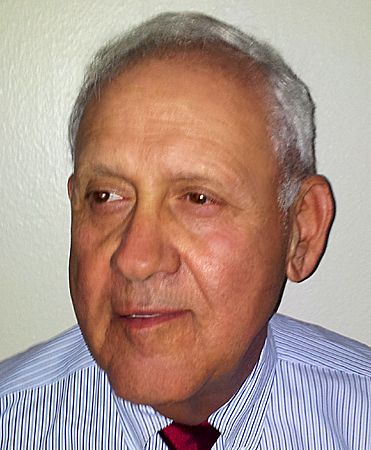 Born and raised in Massachusetts, graduated with a Chemical Engineering Degree from Northeastern University and began an engineering career at MIT Instrumentation Laboratory, now known as Draper Laboratory. Following service in the US Army, joined an instrumentation firm, transitioned into information technology and held responsible marketing and sales positions with both US and European companies. Developed and managed clients in the United States, Canada, Asia, Europe and South America. Studied the Grid Model and became a certified Grid Consultant. Served as a Director with an IT consulting, outsourcing and application development firm. Co-developed the processes and procedures for their bio/pharmaceutical eClinical support offering and successfully established the product within the industry.  Tim and his wife, Irene, have two children and five grandchildren and Irene reside in Naples.

Frank began a 40-year career in banking and finance with the International Banking Office of Bank of America followed as a Director of International Finance of Mack Trucks, covering the global network of dealers and customers. He headed a Commercial Lending and Trade Finance Department of the oldest bank in Washington DC. Public sector experience included Managing Director of Credit and Chief Credit Officer for Overseas Private Investment Corporation and heading complex asset resolutions for the Federal Deposit Insurance Corporation. Later, he managed special asset, workout and global restructuring departments of the corporate and leasing arms for Sanwa Bank, Fleet Bank, Bank Boston, Bank of America, and the US banking arm of Royal Bank of Scotland. Frank holds degrees from the University of Virginia, University of Arizona, and the American Graduate School of International Management (‘Thunderbird’). Upon retirement, Frank and his wife, Deborah, settled in Naples. 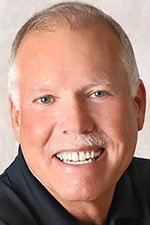 Kenneth Frazier was born, and educated in Detroit. He served 3-years in the US Army, including a one-year tour in Vietnam. He is former Wayne County Deputy Sheriff and worked for eleven years as a police officer in the City of Detroit, whilst obtaining a BA Degree in History from Wayne State University, plus a Law Degree from the Detroit College of Law. He was a trial attorney in the Criminal Division for the Wayne County Prosecutor’s Office in Detroit from 1984 to 2001. Ken has been a member of the State Bar of Michigan for 34 years. His international experience includes Europe, Australia, and Asia. Ken currently splits his time between Naples, Fl. in the winter, and Traverse City in the summer. He also does volunteer work for the Wine Tasters of Naples, a 400-member charitable club. 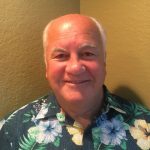 Joseph (Joe) Ruggiero was born and raised on Long Island, N.Y.  He graduated with a degree in electrical engineering from the State University of New York at Stony Brook.  Joe joined Miles Laboratories in Elkhart Indiana, later acquired by Bayer AG.  At Bayer Joe held leadership positions in R&D and Product Supply developing and manufacturing Clinical Diagnostics equipment.  Joe traveled extensively during his 40-year career at Bayer completing assignments in Europe and Asia.  After retiring from Bayer in 2011, he Joined a successful Start-up clinical diagnostic company in Wuxi China.  Joe and his wife Sharon relocated to the Bonita Springs area from San Jose California in 2019.  Joe has 2 daughters and 2 grandchildren.

Born and raised in India, Ajit graduated with MBBS degree from Baroda Medical School. He came to States for Post Graduate Studies and specialized in field of Oncology and Hematology. He headed a group of several oncologists and spent 40 years in practice of Oncology at a major medical center in Philadelphia, Pa.. His work included extensive clinical research in Breast Cancer and was recognized by American Society of Clinical Oncology. Teaching and mentoring young physicians and medical students as his passion throughout his years in medicine. Hobbies include traveling, golf, reading and walking. Ajit and his wife Shobhana are full time residents of Naples. They have two children and four grandchildren.

Served 3-years in the USAF during the Korean War. Graduated from the University of  Massachusetts with a Bachelor of Business Administration. Worked on MBA at American International College.  Professional career in HR and Labor Relations with companies including International Paper, Raytheon and Towle Manufacturing. Retired from the position of VP-HR for Easco, a Fortune 500 Company, (one division manufacturing the Sears’ Craftsman line of hand tools). Active in politics, public and community affairs. Served on the boards of various organizations as well as president of several including a three-city United Way, Manufacturers Association of Western Massachusetts (a trade group), and several HOA’s, etc.  Active lifestyle in retirement with an emphasis on international travel adding to over 60 countries explored in the past. 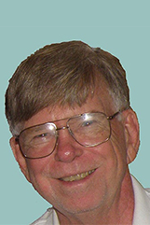 Retired Manufacturing and Financial Executive. Frank worked in manufacturing at Boeing, Gillette and Costar Corp., in finance at Costar and Biopure Corp. and in marketing at Corning. At Costar he built a factory in Ireland and oversaw operations in the UK, Holland, Germany, France and Italy. At Corning Science Products he had marketing responsibility for Japan and Asia/Pacific. He has a BSIE and a BA from Rutgers, and an MBA from B.U.

Alexander Libers is from Moldova, one of the former Soviet Union Republics, now an independent country in Eastern Europe.  He graduated from Polytechnic Institute in Chisinau, Moldova as a structural engineer. In 1979, Alexander and his wife Emilia immigrated to the USA.  Alexander spent most of his career in the United States working as a Project Manager, first for a Multimillion International company in the Pulp and Paper, and then later for the General Electric Company, Power division.  Alexander and his wife are full time residents in Naples. They have two daughters and two grandchildren. Alexander enjoys travel, reading, skiing and fencing. Alexander  joined IMCA in November 2018.