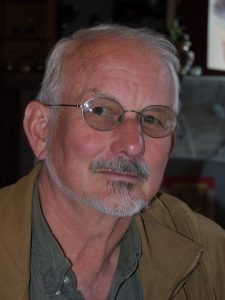 Mel was born in Southern California but was raised from age 12 in Honolulu. He and his bride (for the next 48 years) graduated from Stanford in 1966 and they spent the next 2 years in Senegal as Peace Corps volunteers. Mel received his PhD in neurophysiology from SUNY Buffalo. He began his career as a research scientist at the Max Planck Institute for Brain Research in Frankfurt followed by a short stint at the University of Vienna. Mel has served on the faculties of Michigan State University and the University of Tennessee College of Medicine in Memphis. Midway in his time in Memphis his career transitioned from research to medical education. Thousands of impressionable young doctors-in-training have passed through his hands. His two children have settled in Memphis and the Chicago area. He has four grandchildren. Mel has lived full time in Naples since 2019.