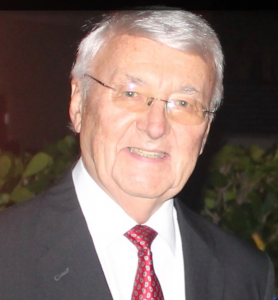 Erik was born in Germany, where he attended the Engineering College of Hamburg, before his endless quest to travel the world began. He spent almost his entire career in international business and worked in 7 different countries for well-known global corporations such as ABB and Emerson. While living in New Jersey, Erik obtained an MBA in international business. As VP for international planning his main function consisted of setting up businesses in other countries, notably in India, China and Brazil. He became a “Citizen of the World”, visited almost all the countries in Europe, Asia and the Americas and reached fluency in 5 languages. In retirement, he authored a series of 7 books describing his life as a “Citizen of the World”. Erik has been a Naples resident since 2000.